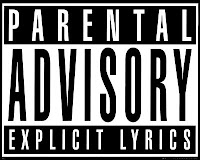 Woe is me, woe is me. I’m losing my best friend, I’m losing my Dad. I haven’t been given a date or a death sentence time limit, but I’m losing him all the same. His body is failing him and now his mind has decided to join in as well, like some treacherous turncoat. He has fed and nurtured both of them, and now they have turned their back on him, cast him aside like they’ve had a better offer elsewhere.

I don’t believe in God, but I blame him anyway. How dare he do this to him, he’s done nothing wrong, he’s one of the good guys. He has sweated his tabs off all of his life, supported his Wife and three kids. Gone without himself, just to provide. So now it’s his turn to relax, to enjoy life, to sit back and smell the roses or the hydrangeas. But no, you have other plans for him. You want to give him this disease, that disease. He beats those so you throw something else at him. Coping with that are you, here you go, how’s losing your ability to read suit you? Breathing is easy, we’ll see about that then. You want more, I’ve got more for you. What indignity do you fancy this week? No don’t go and guess, go spend a week in the hospital instead, let’s see what the Doctors can discover. Let’s see how far I can push you before you snap and crumble.

FUCK YOU GOD. You’re a bully, a sick deity, a friendless figment of the weak’s imagination. No family, no Wife. You had to kill your own son for some company. Are we paying for your sins because you slept with Joseph’s wife and had a bastard son? You may have taken my Dad’s voice, but I still have mine. You’re a coward, I hate you.

I didn’t realise that grief was so selfish. I sit here thinking about how it’s going to affect me, how much I will miss him. How it will be so unfair on me to lose him, miss his advice, his stories. How am I going to cope, how will I get through the week of the funeral. Me, me, me, me, me. I can’t stop and imagine what it’s like in his shoes, they’re too big for me to fill. I haven’t got the guts, I’m not strong enough. I see you, I cry. I think about you, I cry. I write about you, I cry.

Am I mourning you before you’ve gone? I guess I am. Maybe I think it will make it easier to cope with when it happens, I’m betting it won’t though. I used to say that a Grandparent dying was a child’s introduction to death, they would be sad, but they would move on. I was young, blasé and childless when I said that. It’s just that I have kids now, and their Grandfather is my Dad and I’m not so blasé anymore. You’re not an introduction, you’re my beginning, my middle, and now you’re end.

I haven’t given up on you, but I would never blame you for giving up. Too much hurt, too much pain, not enough time. Time’s a bitch, always being wasted, being passed, never appreciated until it’s too clichéd and too late.

I leave my hate on this page. 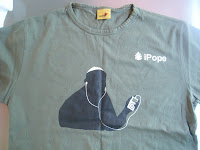 The lovely Heather over at www.rukakuusamo.com/notesfromlapland/ recently asked me to give 10 bits of advice to a woman moving to my part of the world. Living where I live is not just geography, it’s a state of mind baby, so here we go.
1. You need to learn to juggle. Not that ‘I can make a packed lunch whilst applying eyeliner and talking to my friend on the phone’ housewife type juggling, I mean the real ‘3 balls/socks/fish throwing in the air’ type juggling. It will instantly calm a bunch or unruly five year olds, especially if you set light to the socks whilst you do it.
2. Always know where the nearest pub is to any park you may visit, or worst case scenario an off-license. Nothing inspires drinking more than an hour at a park playground, and you don’t want to waste precious drinking minutes looking for a child friendly pub afterwards. By child friendly I mean it needs to have an outside bit, nothing special just somewhere to sit. The only good thing that has come from the Government’s smoking ban is that there are now loads of places to sit outside. Just make sure you empty the ashtrays first as my lot will eat anything.
3. Always make sure you have spare batteries kept in two separate places. In site A you have fresh new batteries for all the TV/DVD/Wii gadgets, nothing causes more panic than when the third parent gets stuck on Cash in the Attic or something else involving orange old people. In site B you keep all the old dead batteries. My lot have long since sussed out that when a toy stops working, it isn’t broken, it just needs new batteries. This way you can put the dead batteries in their annoyingly loud toy guitar (thanks Uncle Daniel, be expecting Anthrax from us this year) in front of them, and then claim that it must be broken. Peace and quiet restored.
4. Never, and I cannot stress this enough, ever come along to a play date at my house without beer or wine. You will not be welcome and your children will be locked in the rabbit hutch on their own, as opposed to the cupboard under the stairs with the rest of the children.
5. Make sure you own at least 5 T-shirts. Apparently the Mums at the school gates are quite observant and will notice when you wear your favourite iPope t-shirt, especially if your child goes to a Catholic school like mine.
6. Make sure you have a Smartphone to entertain yourself at the school gates. All the yummy mummys won’t be talking to you, so you need to entertain yourself somehow. iPhone says ‘in touch with the kids, fun and down to earth’. Blackberry says ‘desperate to get back to work and boring’.

7. If you see a Yummy Mummy looking like she needs to get somewhere else fast, avoid eye contact at all costs. You are not responsible enough to look after your own children, what on earth makes you think you could look after young Tarquin, even if it is for only five minutes. It is a well known fact that middle class children break easier than working class feral ones.

8. Make sure your house has a big empty wooden box, IKEA do a good sized one. This will save your bacon when you have been playing on the Xbox all day instead of cleaning up. Approximately 30 minutes before your spouse’s arrival from work, hold a lollypop per child and tell them to throw all their toys in the box, and themselves too if they are looking too grubby, before they can have it. This will enable you to play at least 2 more death matches, and the sugar rush should kick in just before the Wife walks in the door. This will make her appreciate what you have to put up with even more, and will also put off any boring work story as she will not be able to shout over the kids.

9. Encourage your children enjoy watching football from a very early age. There is nothing more upsetting than a child’s tears when you push them out of the way and turn the Toy Story DVD off because the Arsenal v Liverpool game is about to start. And yes dear, the pre match build up is important. And no dear, they couldn’t have just watched the last ten minutes of the film, I need to know the line-ups.

10. Always lower yourself to the children’s height. A man never stands as tall as when he kneels to help a child. This will also lessen the chance of a slipped disc or a kick in the gonads, and you think childbirth hurt, pah.

So there you go, my ten rules to live by, stick by them and you may just make it out of this god forsaken hellhole alive.
Posted by Unknown at 3:54 PM 27 comments: