Here’s a question.  Is my cousin’s wife my cousin-in-law, my cousin-out-law or just someone my cousin married?  Its questions like these that, despite having access to the internet, I wonder about for days.  For the sake of this blog I shall call her Gemma, for that is her name and she is indeed married to my cousin.
Well Gemma thinks it’s about time I wrote about something serious rather than prattling on about scanning children through tills, SatanClaus, dubious medical procedures and Fernando Alonso.  She also happened to mention that if I didn’t then she would get her Husband’s Mum, my Aunt, to stop giving me free beer in the pub she owns whenever I pop down to Devon.  Now as I’m visiting on my hols next month, I thought it would be the wise thing to go along with her Machiavellian scheme.

Gemma works for a small grassroots charity called EdUKaid that helps African children get a better quality education.  They work with communities in rural Tanzania to improve the teaching and learning environment through building and upgrading schools, and providing vital educational services, resources and support. They also support individual children to go to school through a child sponsorship programme.  Gemma and my Aunt Joan recently visited Tanzania and the schools are in a terrible state of disrepair. 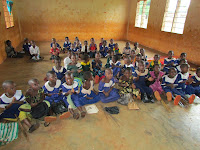 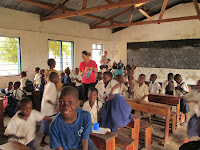 EdUKaid try to help out in the following ways: 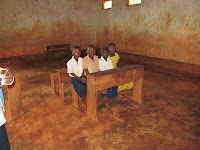 The things that they really need at the moment are child sponsors – for £15 a month (50p a day) they can cover the costs for uniforms, books, pens etc, exam fees and a bicycle.  I’m not going to start getting all condescending and point out how little you can buy nowadays for 50p, I mean the Daily Mail costs 55p for god’s sake and how much of a waste of money is that?  I’m just going to paraphrase Arrested Development and say “50p means a snack for me, but it means a big deal to you.”
I’m not trying to make you feel guilty, that’s your priest’s job, but here’s a profile of a typical student to hopefully inspire you to help.
Mwanahamisi Isa Tabu is a typical sponsored student currently in secondary school. 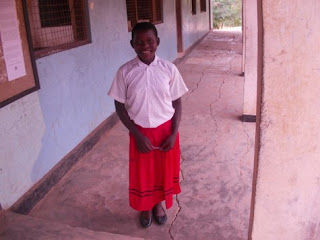 Born in 1996, Mwanahamisi Isa used to live with her parents in a small village 20km away from the village of Lwelu. Her mother and father were unemployed and had 6 other children. As they could no longer take care of them all, Mwanahamisi Isa was brought to her aunt (Asha Natime) and uncle (Mohamedi Abdallah Naukola), in Lwelu soon after her 1st birthday.  They have been her guardians ever since.

In Lwelu, Mwanahamisi Isa lives in a small mudhut together with her aunt, uncle and 6 other relatives. Because there are only 4 beds in the house, Mwanahamisi Isa shares a bed with her youngest cousin Amina Isa. Her aunt and uncle are peasants. They grow cassava and maize, and own a coconut palm. During the weekends, Mwanahamisi Isa and her aunt often walk 20 km to collect shellfish from the seaside. Afterwards, they sell them at the local market.

Mwanahamisi Isa is currently attending Mikindani Secondary School as she successfully passed her standard 7 exams last year. When she grows up, she hopes to become a nurse and help her family.


“I feel very happy to get support from EdUKaid and I promise to EdUKaid that I will never let you down.  Because we are very poor, I will make sure that I study hard and my hope is to be a nurse in the future and help my family especially my Grandmother who I live with.  Some people they ask for the help when they are not so poor but I ask for the support because I am very poor.  Therefore I would like to express my thanks to EdUKaid.  My Grandmother did not expect that I would be in Secondary education.”
If you fancy sponsoring a child you can contact EdUKaid at admin@edukaid.com or you could visit their website at http://www.edukaid.com for more information (It’s ok, I wouldn’t take my word for it either).  They have a facebook page at http://www.facebook.com/EdUKaidCharity and of course are all twittered up at @edukaid


You hear all these stories about charities wasting their money on champagne for the staff and all that nonsense, but I can assure you that Gemma is a Pint of Bitter and a packet of crisps type of lass (my cousin married up) so there will be none of that going on.
If truth be known, it was my intention to write this piece as a favour for my cousin-in-out-whatever-law and then leave it at that, I’ve done my bit, I’ve helped spread the word haven’t I?  But I will be putting my money where my ever so large mouth is and sponsoring a child myself.  I will also be insisting that Gemma buys me a pint when I see her, it’s only fair right?
Posted by Unknown at 3:47 PM 3 comments: 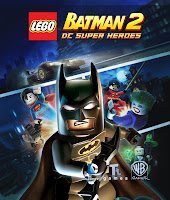 Anyone that knows me would readily testify that I’m quite a keen gamer, maybe a bit too keen at times (those times being housework time, going to bed time and doing some DIY time).  So when I was asked if I would like a free copy of Lego Batman 2: DC Super Heroes to review, there was only going to be one possible answer – Yes siree bob.
I patiently waited for it to arrive and I promise I didn’t bug the postman too much (although he may tell you differently) and last Friday my patience was rewarded.  I reverently opened the mysterious black box with the batman emblem on it and the goodies were revealed in all their glory.  I let the kids argue over the other stuff and then informed the wife that I would have to play on the Xbox all day, purely in the name of research. 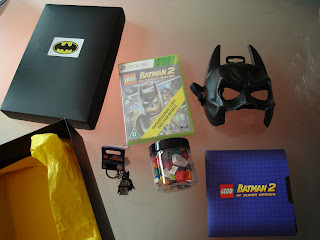 I hadn’t played any of the Lego games before, but what they basically do is take a famous film of comic series and then, for want of a better made up word, lego-fy it.  The background, the cars and the people - everything made from Lego and all breakable.  I have to admit they have done a great job of recreating Gotham City; it still looks broody and dark but with the fun twist of it being in the Lego world.  It’s really hard to put into words how much fun can be had in randomly smashing things up and then collecting all the Lego pieces.
The game is story led in which you take on The Joker and Lex Luthor, but you also have the added bonus of it also being a sandbox game (to the uninitiated this means you have a huge city to roam about and pretty much do what you want).  To start with you have control of Batman and Robin who each have their own strengths and characteristics that have to be used together to get through each level.  As you get further through the game you get to play more of the characters, the best one being Superman with his ability to fly, freeze and cut through things with his heat vision. 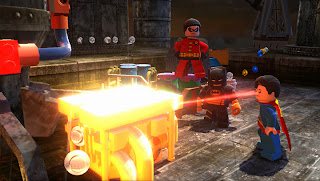 I played through the game on my own, easily switching between the 2 heroes by a quick press of the Y button, but where it really comes into its own is when it’s played by two players.  There was no way my lot were going to let me hog the game, so I soon had to let Kaede (7) and Nate (5) start their own adventure.  Nate isn’t much of a gamer yet and I think he may be a tad too young to really get into the game but I have to admit they both surprised me.  They are not really known for their ability to cooperate and yet this seemed to bring out the best in them.  When Nate got stuck somewhere not only did Kaede patiently talk him through what he should be doing, but if that didn’t work he would quite happily release his controller and let her get him past the obstacle.
Kaede would cope with most of the problem solving, certain suits do certain things to get you through the levels, but I would normally remain in ear-shot to help them out when needed.  The game has a dynamic split screen, so you can both be in completely different parts of the level without any issue.  It also has an easy drop in/drop out option so when Nate did have enough, he could just leave Kaede playing the game without her having to start again in the traditional manner. 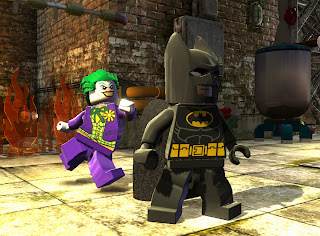 Needless to say the kids love it, I would say they are a quarter of the way through the storyline and they have shown no signs of boredom as of yet.  And as an added bonus, when they are not playing (because it’s my turn obviously), they have renewed their love of building with real Lego.
As for me, I’ve been equally impressed; the sheer scale of the game is immense.  Whilst I’ve completed the main storyline, I don’t think I’m even a third of the way through everything you can do in Gotham City.  I don’t want to spoil the surprise, but you are most definitely rewarded once you’ve beaten the final boss and instead of putting the game down and moving on to the next one, I’m quite happily exploring and getting into mischief. 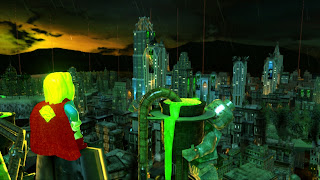 The world of Batman is normally quite a gloomy and violent one, but Lego have somehow made it a inherently charming place (I found myself playing with a smile on my face more often than not and some of the banter between Batman and Robin is priceless), whilst still retaining the ominous feel of a Gotham City overrun by bad guys.
Lego Batman 2 is out now on most platforms and in my opinion well worth the purchase whether you have kids or not.
Many thanks to Kayley at Feref for providing me with my free copy of Batman and on that note I’m off to the Batcave to take on The Penguin.
Posted by Unknown at 3:41 PM 2 comments: