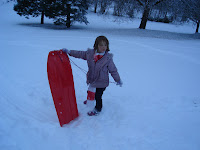 Happy Birthday Kaede, six today, who’d of thunk we’d make it this far? Only yesterday I took you out of the disapproving nurses arms and put you in an Arsenal baby grow. Your face was so battered from all the trauma of getting you out, that you looked like a footy hooligan already. You started life unconventionally and have stubbornly stayed that way ever since.


I know we didn’t help by landing you with an unusual moniker, but count yourself lucky it was Kaede and not Yukihana, which I also pitched, as it was snowing when you were born and it means ‘snow fairy’. Good sense and maternal pressure won through though, and Kaede it stayed.

You have been a lifelong believer in running before you can walk, which once resulted in you falling over and chipping your front tooth, the one we had so lovingly grown for so long. That same tooth fell out of its own accord last month, so maybe Mummy will let you start smiling in photos again.

You invented the ‘wiggle-bum’ dance and often entertain us with it, although it sometimes stops passersby in their tracks. After all, who expects to see a full moon during the day? Your Irish dancing is also a sight to behold, more akin to a baby giraffe learning to walk than anything Irish though. Your version of the Nutcracker Suite is an eye watering affair, especially when you jump onto my lap.

Your first word was Pub, something that brings equal shame and pride to the family, but then your Mum and I rarely agree on anything anyway. I considered it a statement of intent on your part, whereas she thinks it was the answer to “Where’s your Dad?”

I see a culinary future for you. Determined to make a cheese-free pizza for your dairy-averting Father, you invented the Spaghetti Bolognaise Pizza. A plain base, covered in bolognaise sauce and topped with cooked pasta and basil leaves. Hard to hold, but tasty to eat, it deserved the honourable mention it received in the Pizza Express competition.

But whatever you decide to do in the future just remember the following:

1. All boys are horrible and really do smell as bad as they look.

2. The eyes in the back of my head still work with long (or grey) hair

3. Try to make your Mum laugh more than you make her cry

4. Happy tears are OK though

5. Football isn’t just for boys, that goes for video games too

6. Continue to compare me to Homer Simpson, I won’t let you down that way

Happy Birthday Darling.
Posted by Unknown at 9:14 AM 5 comments: 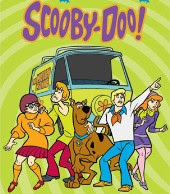 This morning I found myself having an argument with someone about the Scooby Doo theme tune and how it had changed over the years. I’m a member of the old school and obviously prefer the classic quality of the original. My combatant sagely promoted the opinion that the arrangement of music in the new series ‘Scooby Doo Mystery Incorporated’ was far superior and catchy. They had a good point, but I’m not the greatest of losers, so I replied with a “Don’t argue with your father, you watch too much TV.”


I should really stop arguing with my five year old about kids TV, her knowledge surpasses mine, and I guess that’s partly my fault. I am quick to use the third parent, or ‘the electronic nanny’ as the faux posh refer to the television, whenever I need to get some work done. Hell, I use it if I want to get a moments peace, and I need a lot of peace right now.

I know traditional wisdom says that television should be used as a treat and that painting, drawing and reading should be the norm, and that opinion has value. Except that as a stay at home Dad I’m in a non traditional situation, so why can’t I use painting and drawing as a treat, and the TV as the norm? Because my Mum said so, apparently.

On a recent visit my Mum asked Kaede what she had done today and to my shame, this was her reply. “Well first of all we watched Scooby Doo on Boomerang. Then we switched to CNToo so we could watch Johnny Test. After that Tom and Jerry came on, and it was Dad’s favourite one, the one when all the balls hit Tom in the face. Then the Garfield Show came on but Dad thinks that sucks, so we turned over to Playhouse Disney, which is Nate’s favourite, and watched Mickey Mouse then Little Einsteins.”

Apparently this is too much TV, apparently the kids need better stimulation, and apparently I am still scared of my Mum because half term started this week and I’m restricting the amount of TV being watched.

Day One didn’t start too badly, we had a few tears and tantrums at first, but they soon calmed down. As the day wore on I did start to feel a little bit sorry for Nate. He was wandering around the house like he was being punished for something he couldn’t quite remember doing. It was almost as if he was revisiting all his previous crime scenes and trying to figure out which one was to blame. Was it the crayon on the kitchen wall, the half eaten jelly bean in the carpet, or the scissors and his latest self inflicted Noel Gallagher haircut?

The day passed without incident, and I will admit to being quite smug as I described our day to the Wife as we took the kids upstairs for bedtime. Smugness was soon running out of the house with his arse on fire when we saw the state of their bedrooms though. And the bathroom. And our bedroom. And all blue nail varnish on the hallway floor. And the same shade all over Nate’s toes.

There was no TV for me that night, as I spent the evening on my hands and knees trying to get the blue footprints out of the carpet. I thought about drinking the nail varnish remover to cheer me up, it smelt so nice and inviting, but the room had started spinning already so I called it a night.

Day Two started with subdued children. I think the shock of watching their Dad trying to pull his own hair out the previous evening, may be the reason. Although the way they were intently watching the microwave as my reheated cup of coffee went round and round, made me think that they may be going cold turkey. Watching them put two chairs in front of the tank that housed our two bearded dragons, then sitting there for an hour watching them, convinced me. At least there were no adverts on that show though, which meant no shouts of “Can I have that, and that, oh and that”, things were looking up.

I got them to do some drawing eventually, supplying a small copse worth of paper and a box of pens and pencils. Out of the 200 writing implements in the box, we managed to find seven that were either sharpened or full of ink, and Art 101 began. Kaede proudly showed me her first effort, a big black square with two sad faces next to it. Being a bit slow on the uptake, I asked her what the picture was. “It’s the broken television with me and Nate sitting next to it crying” was her reply, accompanied by the saddest face she could pull. This convinced me of two things. Firstly, I was an awful parent. Secondly, women don’t learn to become skilled manipulators, they are just born to it.

For the rest of the day I could be found playing the role of Referee in the world’s longest wrestling match. The kids had been sent to, and sat in, so many corners of the house that I’m fairly sure they could draw accurate architectural plans of the place.

I don’t normally drink on a Tuesday, well not publicly anyway, but that Tuesday my wife came home to a half empty (I used to be a half full person) bottle of Pinot Noir, and a not even starting to mellow husband.

On Day Three I managed to write this piece. Yep, I caved. As I write, a bizarrely costumed villain has just uttered the immortal line “I would have gotten away with it too, it if wasn't for you meddling kids.” The children are quiet other than the occasional shouted addition to their Christmas list, and all is good in the world.

* This article was originally published on www.dad.ie the site for Dad's that know, want to know, or forgot what they know.
Posted by Unknown at 6:13 PM 2 comments: