And so it starts again. Getting ready for the match, nerves building, pre-match rituals established, planning the day and match ahead. Only this time it’s different, this time it’s her first time, her first match. She’s been looking forward to this day for weeks, maybe even since she first kicked a ball in anger and today it’s finally arrived. Today’s the day she finally gets to see my, and now her, beloved Arsenal.

And she’s got a great first match to go and see, not some dreary mid-table clash against Bolton Wanderers like my first game. Nope she gets to see Arsenal v Middlesbrough in the 5th round of the FA Cup and it’s all thanks to the FA’s new scheme calling fans to celebrate the adventure of the competition. They are encouraging fans to share photos of their own FA Cup adventure on Twitter using the hashtag #FACupAdventure and who was I to say no when they asked if Kaede and I would join in.

I don’t want to put words in her mouth about how she felt that day, I’m not sure from an adult point of view I could do it justice, so I’ll let her tell you in her own words about her own FA Cup adventure. I can tell you from a Dads point of view that this is the second time I’ve taken one of my kids to their first match and it truly is a special moment. I said to Kaede just before we walked in “OK, this is your last chance to back out. Once you walk into that stadium you are an Arsenal fan, a football fan, for life. It will take over your life and give you more downs than ups, but that’s all part it. So are we going in or not?’

She practically run in.

And here in her words (and photos) is her take on the day.

“It all started when my Dad received an email about going to see the Arsenal v Middlesbrough match for the FA Cup 5th round. It would be my first Arsenal match! I was filled with joy.

I counted down the days until it was time for the football! I got ready, had lunch and before I know it I was on my way to Arsenal Stadium. The journey on the bus was long but the journey on the train was short. Maybe because I knew I was getting closer? 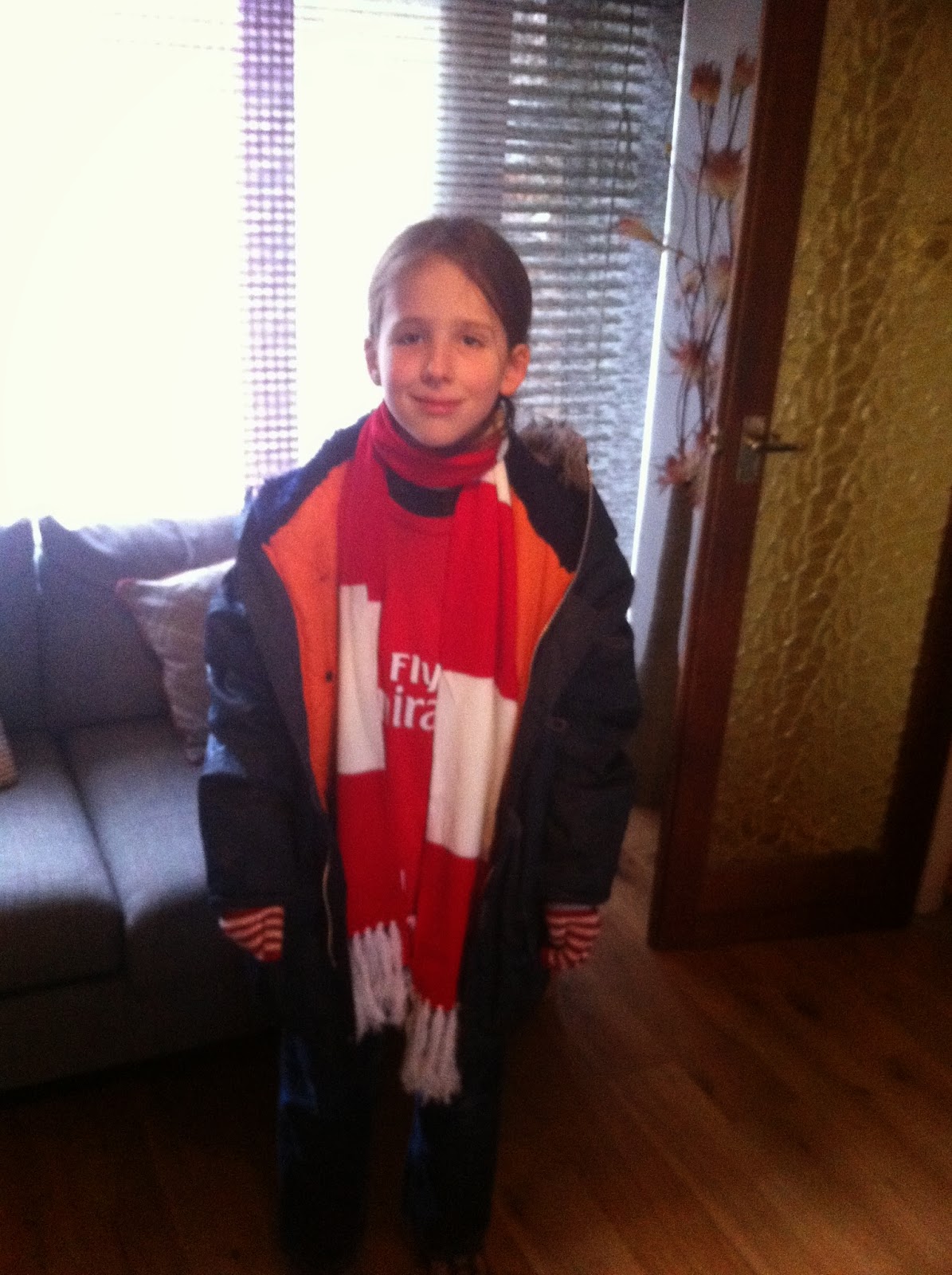 When we got off the train we went down the pub for a drink. Thank God I was an Arsenal fan because all the pubs said “HOME FANS ONLY”. After one pub we went to another pub closer to the stadium. I could smell beer and onions. There were stalls selling Arsenal scarves everywhere. I could hear the noisy Middlesbrough fans chanting their songs down the street. Most of them had swears. 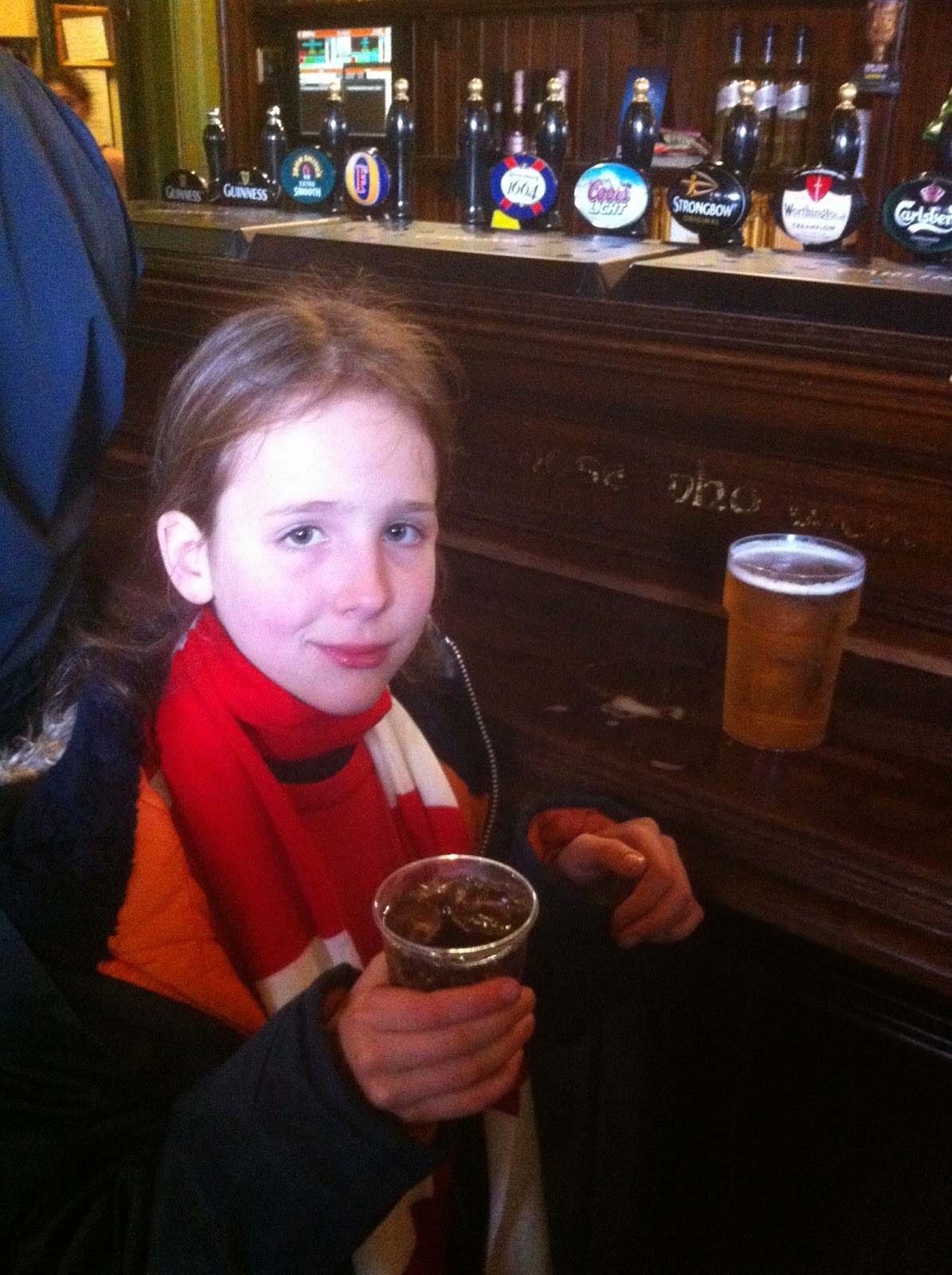 After all the noise we headed to the stadium. We bought two match day programmes, one for me and one for Nate when we got home. When we were in the stadium I felt like screaming with joy. We had to go up quite a few stairs but we eventually found our seats. 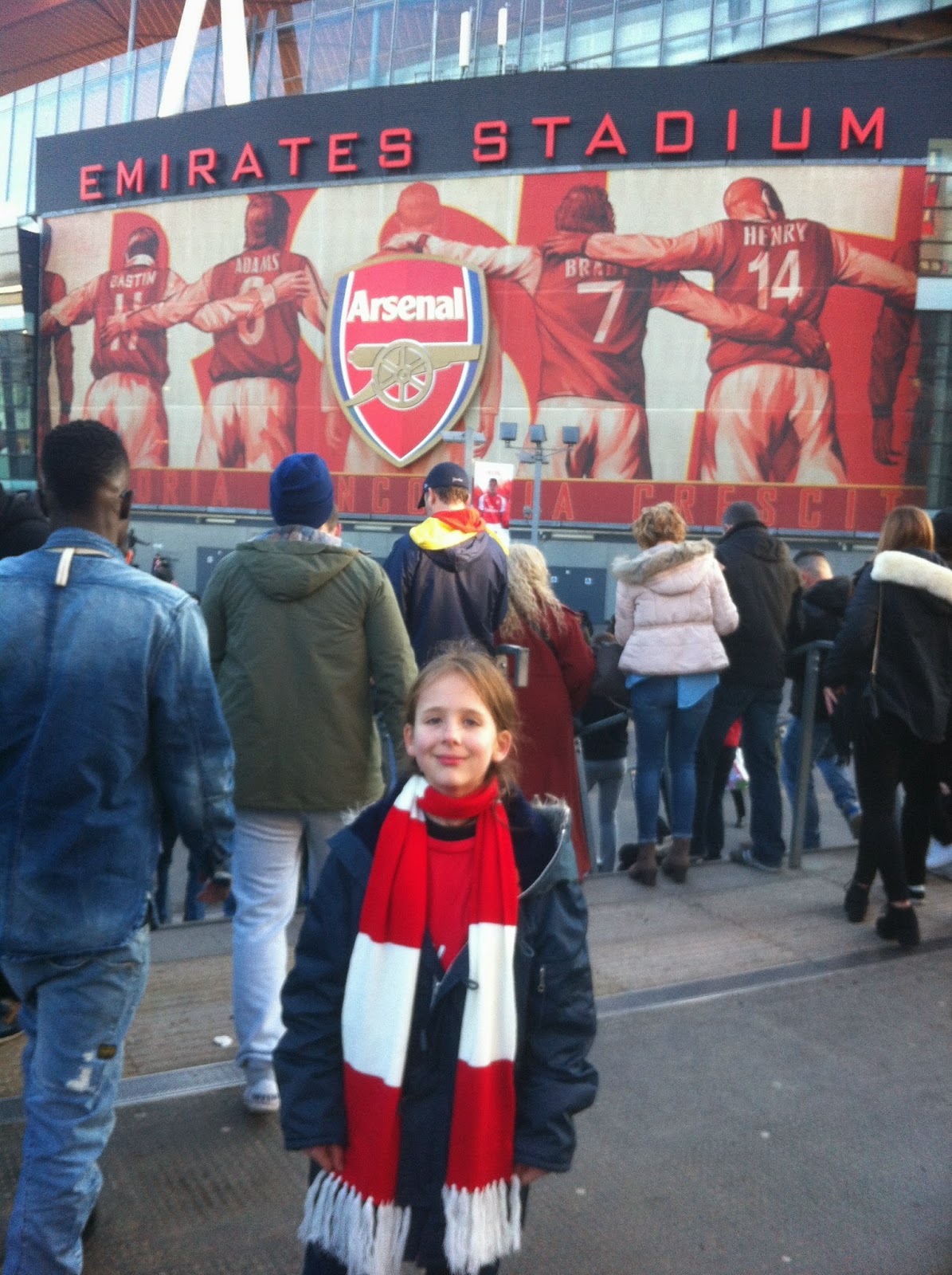 Soon the match begun. We were heading off to a good start. After a while Giroud scored a goal, I was overwhelmed! A few minutes later Giroud scored another fantastic goal. 2-0. I was so excited! I couldn’t believe it. 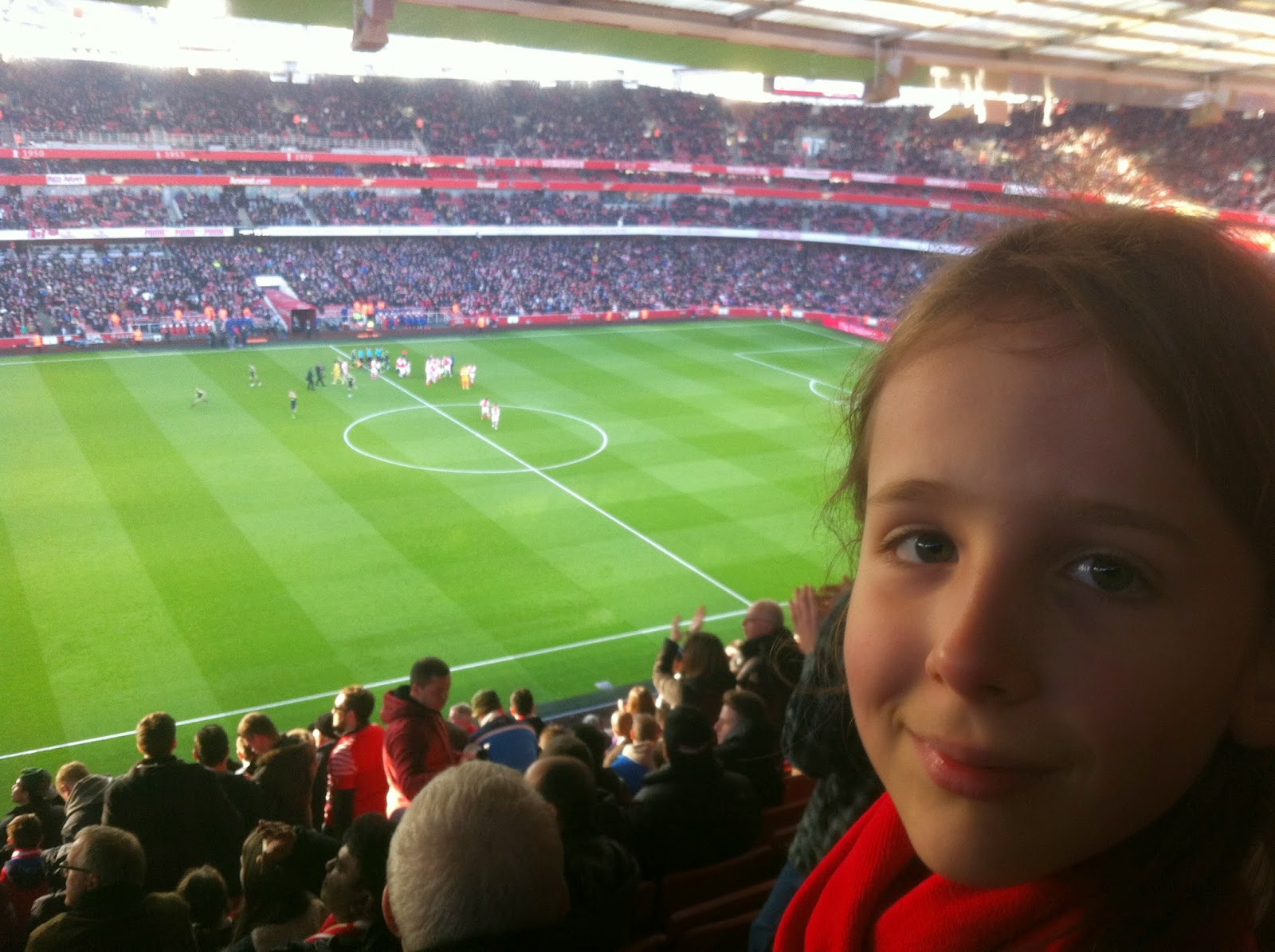 Soon it was half time and we went to get some crisps. After that I went back to my seat. The second half had begun. I swear I was so into the game that I didn’t even blink. After a while the match was over. We had won 2-0. I was so happy.

It was the best day of my life. Soon I was heading home, barely speaking. I knew this was definitely a FA Cup adventure.” 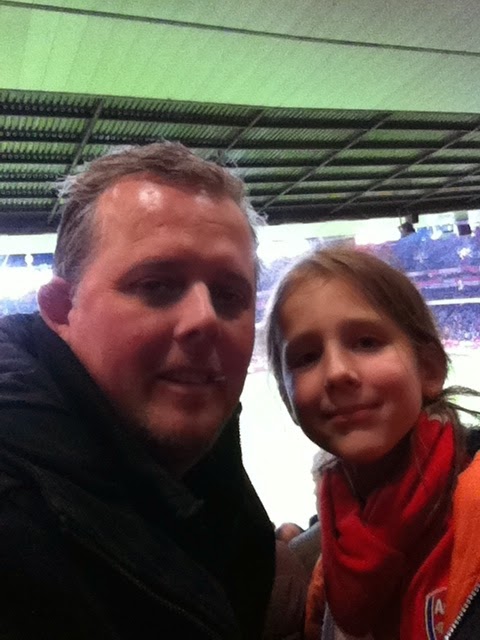 Like I said, there was no way I could sum it up better than she could. It truly was a great day (the win helped) and seeing it again through the eyes of a child really did bring back the excitement of the FA Cup.

Many thanks to Jen at the FA for the free tickets, we really did have a FA Cup Adventure. If you want to join in the adventure and possibly win yourself tickets, head on over to http://www.thefa.com/news/the-fa-cup/2014/dec/fa-cup-heads-to-the-south-pole for more details.
Posted by Unknown at 2:50 PM